Let me start out by saying, I live with my in-laws. And I actually really like it. You’re going to think I’m nuts, and maybe you’re right. But, I adore them, and it makes sense for me and my boyfriend right now – in more ways than one. From day one I was welcomed into his family and it came so naturally.

I remember the day I met his mom and dad.We were both working together at Chili’s at the time, and in walked his mom and dad dressed to the nines adorned in leather Harley gear. Brett’s dad even came in wearing a do-rag. They both immediately went beyond the handshake and they both hugged me, the very first time they met me. But I should’ve known better, I don’t know why I was surprised, Brett’s a hugger too.

I remember the first time they signed a birthday card for me as Mom and Dad, instead of Bret and Tracy.

I will never forget the fact that they both came (despite their crazy work schedules) to the wakes and visitation ceremonies for both of my grandparents who had both passed away suddenly and very unexpectedly on separate occasions.

Don’t get me wrong, living with anybody unearths some weird quirks and you learn more about a person than you may have wanted. For example, I don’t think my father-in-law realizes that it is in fact possible to shut a kitchen cabinet without slamming it. You wouldn’t believe how many Saturday mornings I’ve angrily awoken much earlier than I had intended to because he’s gotten lost in whatever cooking or cleaning task that is on his agenda for the day. Also, the fact that if you are texting me (from upstairs mind you) more than once a day to reset the router for the Wi-Fi that means it’s time to call the internet company for a repair appointment. The reset button on the router isn’t an on/off switch.

Despite the quirks, they are two of the most entertaining people to go out to grab dinner and drinks with. How many conversations did we have about how Trump would never get elected, it was unfathomable, impossible, never going to happen. Wow were we wrong! My tail is between my legs for sure. No topic is nor has ever been off-limits for the four of us. And don’t get me wrong, the four of us have gotten in plenty trouble for these types of conversations too. Join me on this trip down memory lane…

Bret and Tracy were there for my first (and only) “bar fight.” This is one of the highlights of my life so bear with me.  The four of us were sitting together for dinner outside on the patio of a restaurant indulging in a few too many margaritas after a long summer day out on the boat. Brett and his mom were bantering as per usual about politics in their own loving way that only makes sense to them and those closest to them. When out of (what felt like) nowhere – but was actually a few tables away – comes this woman (who mind you had also indulged in a few too many margaritas herself) sternly told us to change our topic of conversation as politics was not appropriate dinner conversation. I immediately folded into myself and assumed my standard doormat position. Bret was in pure silent shock. The rabid pit bull within Tracy immediately sprang into action and she told this strange woman to buzz off (in so many words). And Brett tried to diffuse the situation as best and politely as he could. He’s great in a crisis, that’s one of the reasons I love him. While my knuckles were turning white as I clenched my fists, I took a stand in that moment, and I absolutely refused to allow any one of the four of us to get up from our seats until this woman (and the man accompanying her) left the restaurant first. In those moments of pure (mildly intoxicated) rage, I wasn’t going to let this stranger “win” this fight. She was wrong for listening in on our conversation. She was wrong for coming up to complete strangers to scold us. She was just wrong on all counts, ok! And to be quite honest, I was sick of always being a doormat. I was sick of letting people speak to me in a less than respectful way. So, I unloaded 26 years of pent-up aggression on this stranger when we realized that she had not actually left the restaurant when she had gotten up from her seat. She had actually just moved to the front door of the restaurant, smoking a cigarette with one hand, holding (another) margarita in her other hand. That’s when Bret and Tracy walked out the door first, then Brett, and then me, and when I walked past this woman she yelled to us, “have a good night crazies!” At which point, I lost my damn mind. I saw red.

To this day, I do not know which words came out of my mouth. I do remember asking her repeatedly “who lingers” to continue a fight over and over and over. But that’s about all I remember. Let’s just say I would pay a lot of money to get my hands on that audio and visual footage of my behavior in those moments. Tracy eventually pulled me away from this stranger and we all left the parking lot. I still think it’s hysterical that my mother-in-law had to “hold me back” during my first “bar fight” even though she was one hundred percent on my side. It wasn’t Brett, it wasn’t my father-in-law, it was my mother-in-law. It still makes me smile.

We have plenty of space in our home. We have entirely different living areas and entirely different work schedules. I won’t even deny that we go days without seeing or talking to each other. Aside from our shared custody of the family dogs and the occasional router reset text. I’m almost positive that is the reason why this arrangement not only works, but works well. It is comforting to hear Tracy’s muffled yelling at the TV, and to smell whatever dinner Bret’s cooking for the two of them. It’s nice to know they’re just up the stairs.

They are two of the hardest working people I’ve ever met. Their love for each other, and their family, is undeniable. They literally choose each other, above anyone and everything else, every single day without any hesitation, ever! And that is something to admire.

One thought on “An Outlook on My In-Laws” 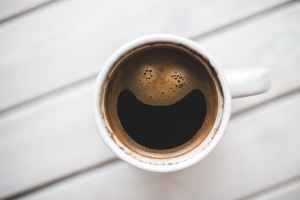