For almost a decade we were lucky enough to reside with my parents, renting their spacious, lovely basement apartment in Marengo. For a smart-alec kid who moved out at 18 because her parents said no to having a beer (who WAS that brat?!) and grew up way too quickly in many ways, the decision to move back in with them several years later was not an easy one. All in all, it ended up the best decision for all of us, and we enjoyed a long run abundant in experiences only enjoyed because we resided under the same roof. I consider it one of the best decisions we ever made.

Not only did I become closer with my parents and brother, but my brother’s girlfriend became my sister and best friend while living there. I was able to go to nursing school and not work full-time. I was able to bring my first baby home to his own room, one that his Papa decorated and built just for him. We were able to go through infertility treatment and (barely) afford to have our second kiddo, making our family complete. Eventually we had to move out, both due to increased space needs of a growing family and the fact that this portion of our town does not have underground cable internet, which was needed in order to continue working from home for my job. I KNOW RIGHT?! Who does not have cable internet these days?! My parents, that’s who. Ridiculousness.

Anyhow, the reason for my trip down memory lane tonight is not to reaffirm my love for my parents and this amazingly huge chunk of my life. It is to bring awareness to the wall-eating mice in rural Marengo. Monsters, I tell you.

Living in a basement apartment, spiders and the occasional mouse are inevitable. We would occasionally hear the pitter patter of mice in the walls, but never thought about the terror that one mouse could inflict. I will never forget Sherman.

One day, I was getting ready for work and heard the familiar pitter patter in the walls of our bathroom, a scratch scratch scraaappppeeee  that I had heard before, but never this loud. I remember thinking that it was odd, but kept going about my business, and did not hear it again for a few days. I was a new mom, freshly back at work and exhausted with a 4 month old. Nothing to worry about, my Dad reassured me. LIAR, is all I have to say in hindsight.

The next week I heard it while late night nursing my baby. Scratch scratch…. SCRAPE SCRAPE. I followed the sound to the bathroom, this time with my senses heightened and beginning to feel a bit anxious. Was it coming from the same place? Was this mouse on steroids?? COULD HE BREAK THROUGH THE WALLS?! The scraping became loud and adamant. I banged on the wall and the noise lessened some. I tried to ignore it.

The next morning I asked my Dad again, “Dad, is there any way for a mouse to come through the wall?” He scoffed, “Don’t be ridiculous. It can’t come through a WALL, Carly.” Hindsight, Dad.

Fast forward a week or two later, and the noise had increased, become more frequent, and again in the bathroom I noticed something. Interested and then terrified, I noticed  a small… hole in the bathroom wall. I screamed for my husband to come assess the damage, increasingly worried. “Davvveeeeeeee!!!! There is a hole in the bathroom wall! It’s Sherman, Dave, he has BROKEN IN!” (Side note – I name people and things in my life without them knowing, it is a thing that has developed. Very common in our house to say “Hiya Fred” to an ant, or “Bob is inching towards the bed, hurry Dave! Eek!” about a spider.)

The hole must have been THIS BIG! Pexels.com

My husband is not the best in crisis scenarios, and having grown up in a basement bedroom, is also not a fan of rogue mice who try to share his living space. He is, however, better at me than handling this type of thing. He immediately went to work building a contraption to contain the hole and capture the mouse. In other words, he shoved some foil in the hole and proudly informed me that mice do not like tin foil and therefore would stay away. A true Google life-lesson failure.

Once again fast forward a few days and the hole was as big as a silver dollar, with the foil sadly hanging out and then puttering to the floor like a wounded soldier in battle. We applied our war paint and fashioned a new mechanism to catch poor Sherman, a milk jug with a hole cut out of the end, attached to a long wrapping paper tube and some duct tape. We are nothing if not resourceful, and my Mom insisted we keep things humane. We waited for our chance.

That evening, Sherman made his debut. I will not lie to you and tell you it went smoothly. There was screaming, jumping onto furniture, and chaos. I know poor Sherms was probably more scared than we were, but that does not mean we wanted to share our pillows, baby bottles, or breakfast with him. Also, we were pretty big wusses. We released him into the woods behind our house so Mom would not freak and Dad eventually patched the hole and repainted. That did not stop Sherman’s cousin Lord Charles from somehow entering our home the next year and diving headfirst INTO A FULL CEREAL BOX, chowing his way happily through some Frosted Flakes like he spent his own hard-earned money on them. We actually caught him in the box, just closing the lid and pouring him outside into Nature’s bowl, handing him a spoon and a small cup of milk to wash it down with. These regally named mice haunted me during my time at my parents’ home and beyond.

After we moved out, my brother and his long time girlfriend moved into our old basement apartment. Kellie and I have shared a few mice terror stories in the two years that we have been out and they have been in. My brother is not as hands-on with mice control as my husband was, and poor Kellie has had to turn into a professional mouse handler, taking on the entire defense role in the residence. When I was in the situation myself, it was far from funny. Turns out that with some distance and time, her stories seemed to grow more and more hilarious, to the point that I was regularly sending her mouse memes and cracking up alone in the aisles of the grocery store and in my fancy new mouse-free townhouse.

It is a part of rural life, these mice. I do not want to see harm done to them as they are cute, innocent little creatures who just want some sugar cereal and a warm place to lay their mousey little noses at night. Not much different from our family, to be honest.

Tonight, though, I was sitting here watching some Netflix when I heard it. The familiar pitter patter of feet running over the stairs above me, or perhaps on the outside of the house. I am not sure where it came from as this house has been declared MOUSE FREE by yours truly when we moved in, but I can guarantee you I am not sleeping well tonight. Maybe Sherman’s ancestors are looking for me to this day, hell-bent on getting revenge for ousting their great great grand dad from his warm kingdom in the rainy spring of 2013. I think of how I laughed so hard at Kellie, and how she will definitely not come to help if this turns out to be Mousegeddon 2018.

Perhaps this mouse will stuff some tin foil in my mouth as I sleep, maniacally bellowing out his squeaks, “HUMANS DON’T LIKE FOIL, SHE WILL NEVER SPEAK AGAIN! Muahahahahahaha!” Perhaps this revengeful mouse has followed me the 7.5 miles to our new residence… It took them two years to find me but now they have me cornered and resistance is futile. Perhaps I am blowing this way out of proportion as I heard one sound and it has triggered this entire piece. We may never know the full truth… regarding Sherman’s ancestors or my sanity.

I would like to publicly apologize to the mice (just in case) for my unwillingness to share my bath towels and sandwiches with them, and for the ridiculous names I have bestowed upon them in the past. I do hope that they can understand my dilemma and choose peace rather than war. I do hope I am imagining a rebellion, and that we can live together in harmony, with us inside and them ANYWHERE ELSE IN THE WORLD OTHER THAN OUR HOME. I hope we can move forward with this understanding. Sherman and Lord Charles, I hope you have forgiven me and have lived wondrous and full lives, outside and not in my bathroom walls or shower. Long may you live, mice! Just please, stay beyond the walls of Fortress Wolter. 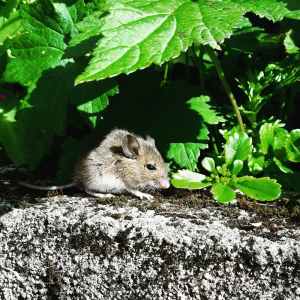 An outside mouse is a happy mouse! PROTECT FORTRESS WOLTER! Pexels.com

5 thoughts on “Sherman, Lord Charles, and the Attack on Fortress Wolter”